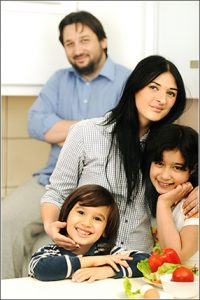 At the age of two Elleanna spoke only a few words, wouldn’t respond to her name, didn’t laugh or giggle like other children, and obsessively opened and closed drawers throughout the house. She would often fly into a rage at seemingly minor incidents. Concerned with her odd behavior, her parents consulted a specialist. Elleanna, they discovered, had autism.

There are no blood or biologic tests for autism, so diagnosis is based solely on behavior. In order for a physician to diagnose autism the child must be old enough for the above conditions to become clearly evident. Up to 40 percent develop normally for the first 12 to 18 months of life and then rapidly lose their learned skills, most notably their ability to speak and interact socially. For these reasons, diagnoses are usually made between 2 to 4 years of age.

Autism is rapidly turning into an epidemic. In the 1940s one in 10,000 children were believed to have autism. By 1980 autism affected one in every 2,500 children. According to a new study released by the Centers for Disease Control and Prevention (CDC), today one child out of every 68 is now affected.1 This is scary. There are already over 1 million people living with autism. If this trend continues, the number with autism could double within the next five years.

What is causing this dramatic rise in autism rates? Despite intense investigation the cause of this mind numbing disorder has been allusive. A number of theories have been proposed as to its cause including genetics, vitamin or mineral deficiencies, vaccinations, toxins, and food allergies, yet none of these can explain all cases of autism. A unifying factor that ties all the evidence together has been missing. Fortunately, that missing link has finally been found. 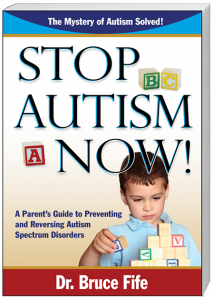 In my book Stop Autism Now! A Parent’s Guide to Preventing and Reversing Autism Spectrum Disorders the underlying cause of autism is revealed with recommendations for treatment using diet therapy.2 The book explains that there is one unique feature that distinguishes autistic children from other children—chronic brain inflammation and immune activation. The brain, has its own immune system, separate from the rest of the body. Whenever the brain is exposed to potentially harmful substances, such as bacteria or toxins, its immune system is kicked into heightened state activity. In this process, a variety of substances are released to aid the brain’s defense. While beneficial in the short run, some of these substances, such as proinflammatory cytokines and chemokines, nitric oxide, excitotoxins, proteases, and free radicals, are potentially harmful to brain tissues. Frequent exposure to harmful agents can keep the brain’s immune system continually activated, stoking the flames of inflammation and promoting tissue damage. Repeated immune activation over a period time can result in severe disruption in normal brain development and function leading to autism.3

Medical investigators at Johns Hopkins University were among the first to identify chronic inflammation and immune over-activation in autistic children. They examined brain tissues from 18 people with autism, aged 5 to 44 years, who had died from accidents or injuries. They also measured levels of inflammatory proteins in the cerebrospinal fluid (the fluid that surrounds the brain and spinal cord) in six living autistic patients, ages 5 to 12 years. In each case, they found extensive immune activation and widespread elevated inflammation. The evidence indicated that brain immune activation had persisted for years.4 The Johns Hopkins team concluded that overstimulation of the brain’s immune system plays a key role in the development of autism. These findings have been confirmed by a number of other researchers.5-9

The Johns Hopkins medical team suggested the use of therapies that would calm immune hyperactivity in the brain as a way to treat autistic patients. Avoiding the factors that promote brain immune activation could prevent autism altogether. So what causes immune activation? Basically anything that can harm the brain.

Vaccines have long been suspected as a primary cause of autism. Vaccine makers and most doctors claim there is no connection. However, thousands of parents have testified that within days, and sometimes even hours, after being vaccinated their children developed neurological problems (intense headaches, encephalitis, seizures, etc.) and then gradually slipped into autism. 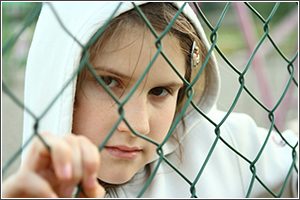 No vaccine is completely safe. Every time a child is vaccinated there is a risk of adverse reactions. It is not uncommon for a child to become ill after getting a shot. If the child is relatively healthy the reaction is minor and only temporary—a fever and slight discomfort for a few days. However, in some cases it can lead to severe complications, including brain injury and death. According to the manufacturer’s package inserts, vaccines can cause any number of adverse side effects including seizures, encephalopathy (brain damage), thrombocytopenia (hemorrhaging or bleeding in the brain), and hyporesponsive episodes (muscle limpness and unresponsiveness). After all, vaccines contain disease-causing viruses and an assortment of other microorganisms and chemicals to purposely activate the immune system into a feverish state of intensity. Injecting these toxins into the body is bound to have some effect. Unfortunately, the brain is one of the most affected organs.

Vaccines infuse a mixture of germs and toxins directly into the body purposely to elicit an immune reaction. The younger the child is when he or she receives the shot, the more turmoil it causes. An infant’s immature immune system will be unable to mount a normal controlled defense. The response will be slow and inefficient in ridding these poisons from the body. Booster shots are often needed to induce a strong enough response to make it effective. Each shot causes a prolonged period of inflammation in the immature brain that could last between one to six months.

Giving vaccinations to very young children is bad enough, but the repeated administration of vaccines creates an even greater danger. Prior to 1988, the date when the measles, mumps, and rubella (MMR) vaccine was introduced and the time when autism rates began to skyrocket, children received less than half the number of vaccinations as they do today.

Following the current recommended vaccination schedule, children receive their first shot on the day of birth. At two months of age the infant receives eight vaccines, all of which may be given at the same time. Two months later seven more vaccines are administered. By the time a child is 6 months old he or she has been given 25 doses of 9 vaccines. Elleanna received all of her regularly scheduled vaccinations—37 in all by the time she reached her second birthday.

Since immune activation can persist for up to six months with each shot, the brain could be in a continual state of intense immune hyperactivity for the child’s first few years of life. During this time the brain will be under constant assault from runaway inflammation, destructive free radicals, and harmful excitotoxins created by the immune response. With each vaccination the brain’s immune system becomes more sensitized and the effects are amplified.

At some point, the intense immune activity can become self perpetuating, leading to autism. In some cases, this may occur very early in life before the child is old enough to communicate in any meaningful way. In others, the child will develop normally for the first year or so before regressing into an autistic stupor.

Vaccinations alone, however, are not the cause of autism. Most vaccinated children do not become autistic. Why are some children affected more than others? Autism is caused by chronic over-stimulation of the brain’s immune system. Anything that can harm the brain elicits an immune response. Vaccines clearly do this, but so do other things such as infections, environmental toxins (exposure to pesticides, industrial waste, etc.), food allergies, heavy metal exposure (including mercury in amalgam fillings), many drugs, certain food additives, and physical trauma. Rarely is just one of these alone the cause. This is why treatments that address one or two of these issues, such as a gluten-free diet or mercury detoxification, seem to work for some autistic children but not for others. This is also the reason why some unvaccinated children develop autism. All these factors can contribute. 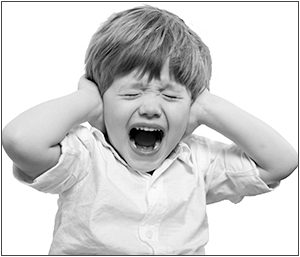 A healthy child may initially be able to withstand the onslaught of repeated vaccinations. After each vaccination the immune system is able to recover. However, a child that is repeatedly exposed to other immune-stimulating factors will be less likely to recover. The next routine vaccination may be all that is needed to push the brain’s sensitized immune system into a state of self perpetuating hyperactivity, which eventually leads to autism.

Elleanna’s parents found their daughter’s diagnosis hard to accept. “I was blaming myself,” her mother says. “I kept asking, was there anything I could have done to prevent it?” The answer to that question is yes. Unfortunately, she didn’t know what to do. Most parents don’t.

So what can be done to prevent autism? Avoiding unnecessary vaccinations is perhaps the most important step you can take. Another is to avoid as many of the other immune stimulators as possible such as taking unnecessary drugs and getting dental amalgam fillings. Of course, adopting a healthy diet and lifestyle will strengthen the immune system making it more capable of withstanding various insults.

Another very important thing you can do to prevent and even treat autism is to consume coconut oil on a regular basis. Coconut oil is known to increase immune efficiency and protect against infections and environmental toxins. It also helps protect the brain. Coconut oil is composed of a special group of fats known as medium chain triglycerides (MCTs). When digested, a portion of these MCTs are converted into a special type of fuel known as ketone bodies or ketones. Ketones are produced specifically by the body to feed the brain. They act as high-performance brain fuel, producing more energy than glucose. Ketones also stimulate the activation of certain proteins in the brain that function in brain cell maintenance, repair, and rejuvenation. By eating coconut oil the brain receives a superior energy source that encourages better brain function and triggers the activation of processes that calm inflammation, repair damaged cells, and promotes growth of healthy new brain cells. As a result, brain function is allowed to normalize. Symptoms associated with autism fade. IQ, language and social skills, behavior, and overall health greatly improve. For children like Elleanna there is hope. The book Stop Autism Now! provides detailed instructions on how to use coconut oil and diet to stop this devastating disorder. ♦