How to Reverse Chronic Disease Naturally 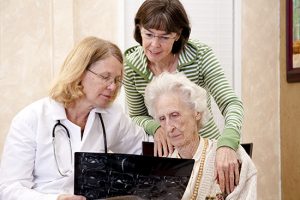 “I’m 71 years old,” says Andre Morel. “About 20 years ago during a routine checkup the doctor found two small kidney stones in my left kidney. Since the stones were very small he decided not to do anything about it. Of course, they never went away but grew larger. Eventually I had to have surgery to remove the stones. Since then I’ve had recurring stones every few years. I asked the surgeon what was I eating that led to the recurrences, he said he didn’t know. His answer didn’t surprise me, doctors never seem to have any helpful advice to prevent these types of things, only drugs or surgery to treat them after they have occurred.

“Three months ago I almost suffered kidney failure, had another large stone removed and experienced excruciating pain in my lower back. This led to a scan, which showed that the lower three vertebrae were almost completely decalcified with one of the disks seriously degenerated and arthritic. I’ve been troubled with arthritis in my hands for many years, suffering with stiff painful joints that seem to grow worse the older I get.

“The doctor prescribed another drug for me to add to the ones I’m already taking for high blood pressure, high cholesterol, and to control my blood sugar. The readings on my blood tests seem to sway away from the norm more every year. My doctor says I’m just experiencing the effects of aging and to keep taking my medications. I currently take more than two dozen medications and supplements every day. I can’t help but think diet has some effect on my health but my doctor’s only dietary advice is to avoid saturated fat and eat a low-fat diet. I’ve been doing that for years and it hasn’t seemed to do much good.

“I’m also beginning to have more difficulty with my memory. My wife will ask me to do something and ten minutes later I’ve completely forgotten everything she said. Again, I’m told to expect this type of thing as I get older. In time, I’m sure the doctor will give me a pill for my brain as well. At the rate I’m going, I feel that I will be an invalid by the time I’m 80. I wish there was something I could do to prevent my symptoms from getting worse.”

Andre’s story isn’t unique. Millions of elderly people are going through the same experiences. The specific chronic diseases may be different but the slow decline in health is the same. And it is not just the elderly that are having problems, many people in their 40s and 30s are experiencing what is often viewed as old age disorders like arthritis, kidney stones, digestive complaints, and diabetes. 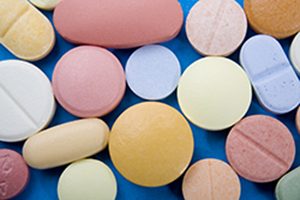 Drugs or surgery seem to be the answer for every health problem. Modern medicine has pills for just about every conceivable ill known to science. If you have a headache, a fever, a cold, high blood pressure, high cholesterol, or whatever, there is a pill for it.  That is not to say there is a cure or even an effective treatment, but there is a pill or a vaccine for it.

Drugs or surgery seem to be the answer for every health problem. Modern medicine has pills for just about every conceivable ill known to science. If you have a headache, a fever, a cold, high blood pressure, high cholesterol, or whatever, there is a pill for it. That is not to say there is a cure or even an effective treatment, but there is a pill or a vaccine for it.

Medical schools spend most of their time teaching students about drug therapy. Consequently, the first action most doctors take is to prescribe a drug. The patient gets very little, if any, education in prevention, diet, or nutrition. It is ironic that doctors are generally regarded as experts in diet and preventative medicine when they receive only a few hours of training in these subjects in medical school. Naturally, their approach to treatment will be focused on drug therapy, even at the exclusion of less harmful and more effective lifestyle, vitamin, or dietary interactions. When diet is mentioned, it is almost always some version of the standard low-fat, high-carb diet, that has proven ineffective over the past 40 years and is one of the contributors to our growing epidemic of obesity and metabolic disorders.

Most medicines don’t do anything to cure the underlying condition or solve the problem. They act simply as a means of easing symptoms, while the disease continues and progresses, growing worse over time. Patients are lulled into a sense of security while the disease slowly destroys their bodies.

To make it worse, all drugs come with side effects of one kind or another. Even over-the-counter medications like pain killers, decongestants, and antacids produce side effects that can have serious consequences. The reliance on drugs as the first line of treatment for a condition only leads to more and more drugs, with no end in sight. The use of one drug is often followed by side effects that are treated with a second drug, which also causes side effects, which are treated with a third drug, and so on. After awhile the patient’s ill health is due more to the drugs than the original disease.

Improved sanitation, food preservation and availability, and clean water have greatly reduced the incidence of infectious disease and malnutrition that plagued the world in the past. Today, chronic disease has taken over the top spot.

Chronic diseases are those that persist indefinably and have no known medical cure. The standard form of treatment is to ease the symptoms. Diabetes, Alzheimer’s, arthritis, and glaucoma are examples of chronic diseases. Risk of developing chronic disease increases with age, but aging is not the cause. Many elderly people live to very old ages without ever experiencing these conditions. For example, Alzheimer’s risk increases with age, but Alzheimer’s is not a normal part of the aging process. Not all elderly people develop Alzheimer’s; like other degenerative diseases, it is an abnormality—a disease. The brain of an elderly person, who ages normally, is very different from the brain of an Alzheimer’s patient. As with most chronic diseases, Alzheimer’s is a lifestyle disease. Only 5 percent of cases are attributed to genetics. Diet, lifestyle, and exposure to environmental toxins are the primary conditions that govern whether a person develops the disease or not. The same is true for most all chronic diseases. In which case, chronic diseases are preventable and even treatable.

Drug therapy has been a dismal failure in treating chronic disease. Vaccines, surgery, radiation, and advanced medical technology have all failed when it comes to treating or preventing chronic or degenerative disease.

While standard medical approaches have failed, there is an effective therapy. This therapy does not rely on drugs, surgery, or medical technology. It is a dietary approach that draws on the body’s own powers of rejuvenation and healing. It’s called ketone therapy.

In nutritional ketosis the body uses fat as its primary source of energy instead of glucose. Some of this fat is converted into ketones. Ketones are high-potency fuel that boost energy and cellular efficiency and activate special enzymes and genes that regulate cell survival, repair, and growth. When a person is in nutritional ketosis, blood levels of ketones are elevated to therapeutic levels. In response, body chemistry and metabolism normalizes and overall health improves.

Low-fat diets have been heavily promoted for the past several decades as the answer to obesity and chronic disease. However, we are fatter and sicker now more than ever before. Obviously, the low-fat approach has not worked. Our bodies actually need fat for optimal health, and function more efficiently using fat for fuel.

Ketone therapy is backed by decades of medical and clinical research, and has proven to be both safe and effective for the treatment of variety of health issues, including the following:

It doesn’t stop there. Research is continually discovering conditions that are responding to the ketogenic diet. Many health problems that medical science has deemed incurable or untreatable are being reversed. Medications that were once relied on daily are no longer necessary and are being tossed away.

Because of the amazing potential of ketone therapy, the ketogenic diet has become enormously popular. Opportunity seekers have jumped on the bandwagon producing keto-like recipe books and instructional guides, which are marketed on the Internet. Unfortunately, much of the information about the ketogenic diet on the Internet is inaccurate or misleading, creating a great deal of confusion and disappoint with the diet.

The ketone therapy is more than just a diet or a weight loss aid, when followed correctly it is a potentially powerful treatment that can prevent, stop, and reverse nearly all forms of chronic disease. In essence, it can reverse the aging process. But to experience the potential benefits of the ketogenic diet you need accurate information, not the hodgepodge of personal theories and misconceptions you see splattered all over the Internet.

That’s why my new book on ketone therapy is so badly needed. Ketone Therapy: The Ketogenic Cleanse and Anti-Aging Diet, gives you the facts about the ketogenic diet and describes in some detail the many uses for the diet that go far beyond weight loss and blood sugar control. It explains the reason why coconut oil is so important to the success of the ketogenic diet and the secret that makes coconut oil the healthiest dietary oil on the planet—without question. The book explains how to use a proper ketogenic diet to rebalance the gut microbiome and heal digestive disorders like Crohn’s disease, how to successfully battle and overcome cancer, reverse metabolic syndrome, prevent heart attacks and strokes, cure autoimmune disease…what was that? Did I say “cure” autoimmune disease? Yes! The science is there, both animal studies and human clinical trials have proven the amazing benefits to ketone therapy. It doesn’t stop there, ketones can boost immune function, protecting you against infectious illnesses and environmental toxins, and can even regenerate your immune system! (See the following article.) Everything in the book is based on published medical research and confirmed by the experiences of people who have used ketone therapy successfully to overcome their health problems.

Ketone therapy is the most powerful therapy available for the treatment of chronic and degenerate disease. Since most of us will experience chronic disease at some point in our lives knowing how to prevent, delay, or reverse it can be extremely valuable. This may be the most important health book you will ever read. 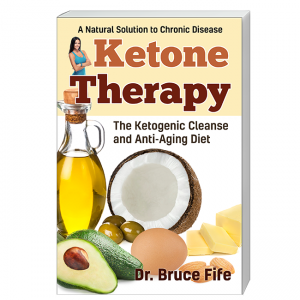