Artificial Sweeteners May Cause Diabetes and Obesity | coconutresearchcenter.org 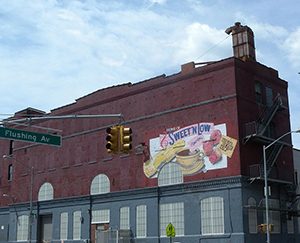 Artificial sweeteners have long been recommended as healthier alternatives to sugar. When artificial sweeteners were invented they seemed like a dream come true. They have no calories so there is nothing to be converted into fat to increase body weight and because they don't contain any actual sugar, they don't raise blood sugar levels—a major concern for diabetics. Artificial sweeteners allowed weight conscious individuals, diabetics, and others the freedom to eat the same sweet foods and beverages they always enjoyed without worry.

However, recent research from the Weizmann Institute of Science in Israel, says that there is cause for concern. These artificial sweeteners may actually be contributing to our growing epidemic of diabetes and obesity. Artificial sweeteners may disrupt the body's ability to regulate blood sugar, causing metabolic changes that can be a precursor to diabetes and obesity. These are "the very same conditions that we often aim to prevent" by consuming sweeteners instead of sugar, said Dr. Eran Elinav, an immunologist at the Weizmann Institute.

A number of past studies have indicated that consuming foods containing artificial sweeteners does not prevent obesity, but actually leads to greater weight gain. Various reasons have been proposed to explain this paradox. The most popular theory being that since the artificially sweetened foods are lower in calories, people are more likely to eat them in excess and actually end up consuming more calories. While there may be some truth to this, people gain weight even when their calorie intake is carefully controlled. Blood sugar control also doesn't improve and often gets worse. 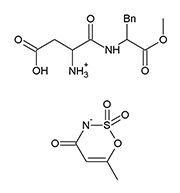 According to the study, anyone who uses artificial sweeteners is at greater risk of developing diabetes and being overweight because of the type of bacteria inhabiting their gut. The scientists performed a multitude of experiments, mostly on mice, to back up their assertion that the sweeteners alter the microbiome, the population of bacteria that is in the digestive system.

According to the researchers, the different mix of microbes changes the metabolism of glucose, causing levels to rise higher after eating and to decline more slowly than they otherwise would. Fasting blood glucose levels of 126 mg/dl or higher, is diagnostic of type 2 diabetes; levels ranging from 101 to 125 mg/dl indicate pre-diabetes. Any level above 100 mg/dl is abnormal and signifies glucose intolerance.

High blood glucose also increases the rate of fat production and storage. Elevated blood glucose causes excess insulin to be produced. Insulin is needed to remove the glucose from the bloodstream and shuffle it into the cells. Insulin also causes fat to be produced and be stored in fat cells. When insulin is elevated the body tends to pack more fat into storage, leading to weight gain.

In the initial set of experiments, the scientists added saccharin (the sweetener in the pink packets of Sweet'N Low), sucralose (the yellow packets of Splenda) or aspartame (the blue packets of Equal) to the drinking water of 10-week-old mice. Other mice drank plain water or water supplemented with glucose or with ordinary table sugar. After a week, there was little change in the mice that drank water or sugar water, but the group getting artificial sweeteners developed marked intolerance to glucose.

When the researchers treated the mice with antibiotics, killing much of the bacteria in the digestive system, the glucose intolerance went away.

To further test their hypothesis that the change in glucose metabolism was caused by a change in bacteria, they performed another series of experiments. They took intestinal bacteria from mice who had drank saccharin-laced water and injected them in mice that had never been exposed any saccharin. Those mice developed the same glucose intolerance. And DNA sequencing showed that saccharin had markedly changed the variety of bacteria in the guts of the mice that consumed it.

Next, the researchers turned to a study they were conducting to track the effects of nutrition and gut bacteria on people's long-term health. For 381 nondiabetic participants in the study, the researchers found a correlation between the reported use of any kind of artificial sweetener and signs of glucose intolerance. In addition, the gut bacteria of those who used artificial sweeteners were different from those who did not.

Finally, they recruited seven volunteers who normally did not use artificial sweeteners and over six days gave them the maximum amount of saccharin recommended as safe by the United States Food and Drug Administration. In four of the seven, blood-sugar levels were disrupted in the same way as in mice.

Further, when they injected the human participants' bacteria into the intestines of mice, the animals again developed glucose intolerance, suggesting that effect was the same in both mice and humans.

At present, the scientists cannot explain how the sweeteners affect the bacteria or why the three chemically different sweeteners—saccharin, aspartame and sucralose—result in similar changes in the glucose metabolism. It is possible that the effect may also be seen in other low- or non-calorie sweeteners, such as sugar alcohols and stevia. The researchers said future research would examine aspartame and sucralose in greater detail as well as other alternative sweeteners like stevia.

While acknowledging that it is too early for broad or definitive recommendations, Dr. Elinav said he has already changed his own behavior. "I've consumed very large amounts of coffee, and extensively used sweeteners, thinking like many other people that they are at least not harmful to me and perhaps even beneficial," he said. "Given the surprising results that we got in our study, I made a personal preference to stop using them."

Smart move. It would be wise for everyone to stop using artificial sweeteners. ■