butter melting in the pan

We've been warned about the dangers of eating too much fat and cholesterol for years, and as a result have been avoiding them like the plague. This blind avoidance of fat, however, may have brought on a plague, a plague of increasing poor health and obesity. Scientists are now beginning to change their minds about fat. The theory that saturated fats and cholesterol cause heart disease has now been clearly disproven. The belief that fats and fatty foods promote obesity is now being seriously challenged. After years of study, fats are being exonerated from wrongdoing and the real culprit is coming to light—carbohydrates.

As warnings about the dangers of fat and cholesterol were loudly proclaimed, people cut back on fat and fatty foods, replacing them with lower fat carbohydrates. The results have been disastrous. Many health problems like diabetes, dementia, and obesity have greatly increased and heart disease still remains our number one killer.

Healthy fats are in nuts.

A recent paper published in the Journal of the American Medical Association,1 co-authors Dariush Mozaffarian, MD, dean of the Friedman School of Nutrition Science and Policy at Tufts University, and David Ludwig, MD, director of the New Balance Foundation Obesity Prevention Center at Boston Children's Hospital, argue that we should stop worrying about the amount of fat and cholesterol in our diet and worry more about the amount and type of carbohydrates we eat.

The co-authors explain that growing evidence shows that eating foods that contain healthy fats can actually protect us against certain diseases, such as heart disease, while many low-fat and fat-free foods — like fat-free salad dressing and baked potato chips — may be worse for us nutritionally than full-fat options. 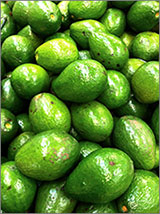 Every 5 years, the US Department of Agriculture and Department of Health and Human Services jointly release the Dietary Guidelines for Americans. These guidelines have far-reaching influences across the food supply, including for schools, government cafeterias, the military, food assistance programs, agricultural production, restaurants, and industry food formulations. An accurate revision of the Dietary Guidelines is crucial to the health of millions of people. The Dietary Guidelines Advisory Committee (DGAC), a group of scientists appointed to systematically review the literature and provide evidence-based recommendations to the secretaries of Agriculture and Health and Human Services recently completed their report. In the coming months, the secretaries will review the DGAC recommendations; consider comments from the public, academics, advocacy groups, and industry; and finalize the Dietary Guidelines.

In the new DGAC report, one widely noticed revision was the elimination of dietary cholesterol as a "nutrient of concern." The new report places no restriction on cholesterol intake. This surprised the public, but is in line with recent scientific evidence showing no relationship between cholesterol consumption and cardiovascular disease.

A less noticeable, but more important, change was the absence of an upper limit on total fat consumption. The DGAC report neither listed total fat as a nutrient of concern nor proposed restricting its consumption. Rather, it concluded, "Reducing total fat (replacing total fat with overall carbohydrates) does not lower CVD [cardiovascular disease] risk...Dietary advice should put the emphasis on optimizing types of dietary fat and not reducing total fat."

Limiting total fat was also not recommended for obesity prevention; instead, the focus was placed on healthful food-based diet patterns that include more vegetables, fruits, whole grains, seafood, legumes, and dairy products and include less meats, sugar-sweetened foods and drinks, and refined grains.

This revised position by the DGAC reverses nearly 4 decades of nutrition advice and policy that placed priority on reducing total fat consumption throughout the population. In 1980, the Dietary Guidelines recommended limiting dietary fat to less than 30% of calories. This recommendation was revised in 2005, to include a range from 20% to 35% of calories. The primary rationale for limiting total fat was to lower saturated fat and dietary cholesterol, which were thought to increase cardiovascular risk by raising low-density lipoprotein cholesterol. But the campaign against saturated fat quickly generalized to include all dietary fat. Because fat contains about twice the calories per gram as carbohydrate or protein, it was also reasoned that low-fat diets would help prevent obesity.

The complex relationship between saturated fat and blood cholesterol is now better understood than it was 30 years ago. Several types of cholesterol have been identified, each influencing risk of heart disease differently, which invalidates any generalized statement about the risks of total cholesterol. Total cholesterol level is meaningless in terms of predicting cardiovascular risk. You must know which types of cholesterol make up that total for any meaningful prediction. Blood levels of high-density lipoproteins (HDL cholesterol) and large low-density lipoproteins (LDL cholesterol), which are increased by saturated fat consumption, are now known to protect against heart disease. Carbohydrates, however, increase blood levels of small, dense LDL cholesterol and triglycerides, both of which increase the risk.

For decades, carbohydrates were considered a foundation of a healthful diet and formed the foundation of the Food Guide Pyramid released in 1992. However, by 2005, the Dietary Guidelines recommended restricting refined grains and added sugars due to growing evidence that refined carbohydrates increase metabolic dysfunction, obesity, and cardiovascular disease.